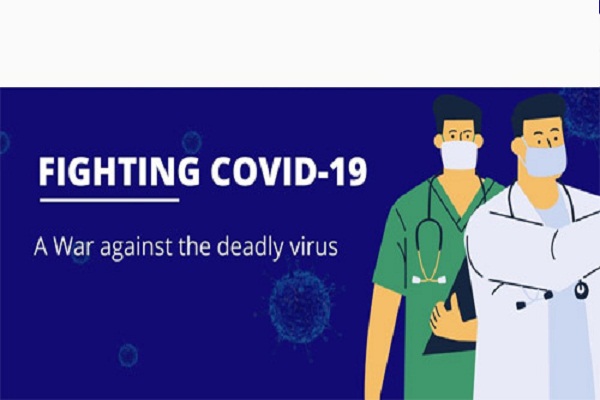 As researchers, industrialists and entrepreneurs synergized their capabilities and efforts to fight this massive battle at all fronts, several science-based startups brought out new technologies, repurposed their existing technologies scaled up operations and commercialized them with support from the government.

Financial support from the Technology Development Board (TDB), a statutory body of the Department of Science and Technology helped several startups to commercialize their products like testing kits, masks, sanitisers, thermal scanners, and medical devices to bring about meaningful contributions in India’s fight against Covid-19. It was triggered by invitation for proposals from companies specifically seeking solutions for fighting the Covid-19 pandemic for providing financial support. Encouraged by invitation, several startups put in innovative proposals which helped commercialize a range of technologies by tiny science-based startups and bring innovative solutions to fight the pandemic.

Pune-based Mylab Discovery was the first indigenous company to have developed a real-time PCR-based molecular diagnostic kit that screens and detects samples of people who display flu-like symptoms. The kit was developed, approved by The Indian Council of Medical Research (ICMR) and The Central Drugs Standard Control Organisation (CDSCO), and deployed in a very short time. With support from TDB, the production of kits was ramped up in the short span of time from 30,000 tests to 2 lakh tests per day.

Further, the company has developed a highly sensitive antigen kit and reached more than 2 crore Indians in remote areas who did not have access to RT-PCR testing as well as Compact XL to automate RT-PCR testing and resolve delays and errors in diagnostics for millions of Indians. The company also designed special labs and took them to the interiors of Maharashtra, Goa, and many parts of the country and deployed Mobile RT-PCR Labs in Rural and Urban Areas during the second wave.

Mylabs, which has recently developed a home testing kit called ‘Coviself’, India’s first self-test kit and ramping up its commercialization has emerged as a Unicorn during this crisis and is expected to further play a critical role with respect to testing for Covid-19.

“Science and Technology are best when they create a seamless, end-to-end chain of value from knowledge creation to knowledge consumption, from R&D to innovation to the creation of new socio-economic opportunities. The stories of commercialization of the Indian tech products of relevance by the timely support of TDB brings to fore the last mile translation of knowledge to new opportunities,” said Prof Ashutosh Sharma, Secretary, The Department of Science and Technology.