It is a very old therapy that was first used in the early 19th century. When a person falls sick the antibodies fight the infection. These antibodies are nothing but molecules that have learned to recognize and fight the pathogens, such as viruses, that have caused the disease. When the patient recovers their plasma can be taken and administered to people whose bodies are currently fighting the infectious disease. This can help their immune systems to reject the pathogen more efficiently. But the responses of this therapy vary in each disease. For example in the market we have a product for hepatitis B which is called Hepatitis B immune globulin (HBIg) which provides immediate, short-term protection against hepatitis B infection. HBIg has large amounts of hepatitis B antibodies taken from donated human blood. The severity and course of Covid 19 patients it varies from patient patient. After the plasma therapy in severely affected patients, there will be slight improvements visible–their respiratory rate, oxygen levels improve. Now, the therapy is used only for moderately sick patients. It also depends on the patient’s immunity level. Moderate sick patients get more benefited through the convalescent plasma therapy.

How does plasma donation differ from blood donation? How many people are benefited out of one donor? How often can a recovered patient donate plasma?

In a usual blood donation for each person it takes about 8-10 minutes, during which about 350 ml to 450 ml blood is collected depending upon the body weight. In plasma therapy, the procedure takes at least an hour as the safety is prime for the donor and the patient. Plasma is the clear, straw-colored liquid portion of blood that remains after red blood cells, white blood cells and platelets are removed and it is collected through a process called Plasmapheresis. The blood is drawn from the vein and plasma is separated and stored in a bag then the red cells, white cells and platelets are returned to your body with sterile saline solution to help the body replace the plasma removed from the whole blood. The blood cells, cellular loss is minimal. At ILBS, we use the apheresis machine in this procedure involving directing the blood in the patient/donor’s veins through tubing to a machine that separates the blood components. 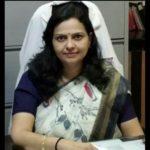 The separation is done by a centrifugation process on the blood in the apheresis machine. After the separation, the desired component of the blood is removed, while the remainder of the blood components are reinfused back into the patient. The entire procedure is painless and typically takes about 30 to 50 minutes or only slightly longer than a conventional blood donation. We can take 500 ml of plasma from an individual at a time and the person can donate again in two weeks i.e 1000 ml. The age limit of a donor is 18 to 60.

What tests are carried out before donating plasma?

There are a lot of tests to be done. The patients are asked to bring the COVID 19 test results both positive and negative. The procedure of taking plasma can be an hour, but the whole process takes at least four hours comprising patient entering the plasma bank, certain tests are carried out like the blood sample to check the hemoglobin levels 12.5 gm percent, blood platelet levels, HIV , HBV, HCV among others. We also take SARS‐CoV‐2 testing and these tests are for the patient’s safety. It is very important for the donor to be safe, patient and the plasma product to be safe and effective.

How many people donate in a day? Do they have any apprehensions in giving the plasma and what are the safety precautions taken?

After due approval, Delhi government is continuing with the therapy. We started from July 3rd initially at that time we had no Convalescent Plasma (COPLA) donors and we informed the Delhi government that we wouldn’t sustain a plasma blood bank without donors. After that, the Delhi government had directed all COVID hospitals nodal officers to ask patients to counsel and send the patients after 14 days recovered period to volunteer and donate the COPLA. After this announcement, we regularly get 20 to 25 patients and even upto 30 a day, and the footfall is increasing. Plasma here is issued on a first cum first serve basis, subject to availability.

It is said that O blood type appears to be protective against the virus as compared to all other blood types, is it so? Your comments.

Yes, I heard this news coming mostly from the other countries but I have not seen any such pattern. We cannot make such assumptions without a proper research on the same. We need to collect 5000 blood samples of various groups and a proper research has to be done before coming to a conclusion.