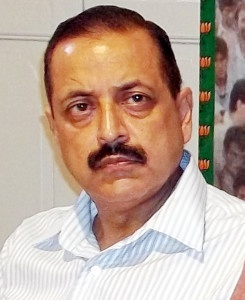 The Union Minister of State (Independent Charge) of the Ministry of Development of North Eastern Region (DoNER), MoS PMO, Personnel, Public Grievances, Pensions, Atomic Energy and Space, Dr. Jitendra Singh said that Yoga is the best way to keep ourselves healthy. He was addressing a workshop on “Self-Management of Excessive Tension” for the officers of different Ministries and their families, organized by the Department of Personnel and Training, Government of India in association with Vivekananda Yoga Anusandhana Samsthana, here today. About 40 officers from various Ministries have attended the programme.

Talking about Yoga and stress management, Dr. Jitendra Singh said that Yoga can help in managing the stress which is very much prent in present day working of the people in general and government servants in particular. This should not be one time activity rather it should be a part of life so that one can lead their life in a better way, he added.

Dr. Jitendra Singh said that the government will organize Yoga Training Sessions from April 01, 2015 for the benefit of Central Government Employees and their dependents at Grih Kalyan Kendra Smaj Sadans in association with Morarji Desai National Institute of Yoga, New Delhi. The government has selected 26 GKKs from Delhi and 14 from other parts of India for the same, he added.