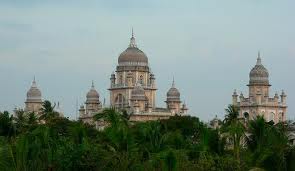 There is no end in sight to the plight of patients at government hospitals in the capital. After enduring a two-day strike by junior doctors at Gandhi hospital, patients and their relatives may well have to suffer a fresh round of boycott in the coming days in Osmania General Hospital (OGH). The health authorities managed to tackle the agitation seeking deployment of Special Protection Force (SPF) at Gandhi Hospital on Thursday.

However, the medicos at Osmania Medical College (OMC) have served a strike notice on authorities to protest against irregularities in posting for one-year mandatory rural service.

Till Thursday evening, all the medical services at in-patient, emergency and outpatient departments at Gandhi hospital were hit by the strike.

A similar boycott of medical duties by junior doctors is being planned from Saturday at OGH and Osmania Medical College.

The government has promised us to provide SPF cover at Gandhi hospital in another four to five days. But, irregularities in posting diploma medical students to rural areas have not been addressed by authorities. Despite repeated requests, officials have not paid much attention to our demands, APJUDA members said.

Medicos alleged that the preferred choice of junior doctors, including the meritorious rankers, was ignored during allotment of postings in rural areas.

There was no clarity on how or on what basis these postings were taken up. All the postings were done unilaterally without holding any counselling. We are planning to take up protests at OGH from Saturday, APJUDA members said.

Covid-19 exemptions for those arriving from Ukraine to India