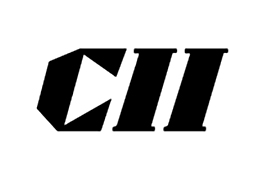 The Confederation of Indian Industry (CII) has recommended that bilateral economic cooperation be promoted through a focus on healthcare, information technology and entertainment sectors. According to a recent CII study on the subject, increased exchanges in these sectors would also help strengthen people-to-people links and contribute to confidence-building. The South Asian region underperforms compared with other regional economic groupings and intra-regional trade and investments are low. Pakistan is India’s third-largest export destination and the fourth-largest source of goods among South Asian Association for Regional Cooperation (Saarc) countries, not commensurate with its status as the second largest member of SAARC. The CII study also stressed other facilitative mechanisms for promoting economic cooperation, such as visas, trade infrastructure, transport linkages and scaling down of tariff and non-tariff barriers. The poor healthcare infrastructure in both countries can be addressed through private sector initiatives and greater collaboration on major common diseases, it said. It noted the popularity of films and teledramas in each other’s territory was also a sound foundation for building closer links in the entertainment sector. The release of Indian films in Pakistan and exchange of television content and formats, including the extremely popular Pakistani plays, can wonderfully cement relationships between the countries, the release stated. Bilateral trade in goods has multiplied 10-fold between 2000-01 and 2010-11 to touch $2.7 billion.