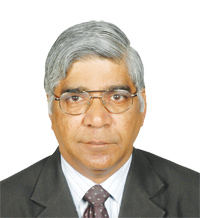 In conversation with Shally Makin, he speaks about telemedicine and its role in enhancing accessibility of health services, along with the challenges that affect its implementation, so far

The advantages of telemedicine applications, for overcoming distance barriers and compensating for the lack of healthcare professionals, are many. How do you see the future growth of this technology, considering that it is still not being fully utilised in the Indian subcontinent?

It is only 11 years since pilot projects and proof of concept validation studies were initiated in telehealth in India. The growth of telehealth in India has been slow but steady. Hopefully we will soon achieve that critical mass essential for a successful take off. While it is true that the advantages of telemedicine are many, we must remember that for the last 6000 years when ‘formal healthcare’ commenced, the doctor patient relationship has traditionally, been a one-to-one, face-to-face encounter. To replace this with a ‘virtual’ image on a giant plasma screen or being examined by your doctor on your 3G enabled smart phone and a DIY (Do It  Yourself) pocket ultrasound, obviously is a break from convention and will take time. Several scientific studies have unambiguously demonstrated (and some of us hardcore telehealth enthusiasts in India strongly endorse this) that the success or failure of deployment and utilisation of   telemedicine is not technology dependent. It is not an administrative or a financial issue. It is just the lack of enough evangelists to initiate and operationalise this relatively new innovation. We have all heard of Wi-max, Wi-Fi, FM, etc. What is impeding the growth of telemedicine is the difficulty in making available Wiii FM (What Is in It for Me). Once all the stakeholders realise and are convinced of Wiii FM, telehealth will take off!

Do you think there is a need for a National Telemedicine Policy in different nations, especially the developing countries, for increasing and streamlining the use of telemedicine?

Yes absolutely! It has now been accepted, almost universally, that telehealth must be integrated into the healthcare delivery system. Just as all healthcare personnel (doctors, nurses, pharmacists etc), bio-medical equipments, drugs, laboratories, etc. must be registered so do most telemedicine units. Having a National Telemedicine Policy is the first step. It must be followed by enforcement of the standards and regulations, which will form part of this policy. Though a National Task Force on Telemedicine was constituted by the Ministry of Health (Govt of India), technical standards for telemedicine equipments were laid down by the Ministry of Information Technology. But, these policies have unfortunately yet to be formalised and enforced.

Do you think telemedicine is patient friendly and can reap benefits?
We are in the transition stage where telehealth is being viewed as a distinct service, as a subspecialty. Telehealth is only the use of information and communication technology in various aspects of healthcare to bridge a gap, to connect the unconnected, to make distance meaningless and essentially to make Geography History! Unless such a service is patient and doctor friendly it will not reap benefits. Today we do not talk of customer satisfaction, we talk of customer delight!

Is the technology available in the country affordable?

The terms ‘technology’ and ‘affordable’ are both dynamic and not static. India is too big a country with too many groups of individuals, with various socio-economic and techno-savvy levels to answer a simple ‘yes’ or ‘ no’. Mobile phones have become affordable purely because of appropriate technology which is user friendly and culturally relevant. It is only because 50 mobile phones are sold every second that ‘technology becomes available and affordable’.

So far as telehealth is concerned technology is in ‘bits and pieces’ available ‘here and there’. It is still not affordable for people who require it the most namely those at the bottom of the pyramid. One reason for this is that in telehealth, a doctor is still an important part of the chain and he has to be compensated adequately if he/she is to be excited enough to evangelise this concept.

Is there any training or workshop being conducted with regard to telemedicine?

As early as 2004, Apollo Telemedicine Networking Foundation started a formal certificate course on Telehealth Technology in conjunction with Anna University. Six courses were conducted and about 175 candidates completed the course. However, placement could be given for only about 10 percent there were not enough takers subsequently. We feel that the time is right now for starting degree/ post graduate courses and we are now in advanced stages of discussion with the Tamil Nadu Dr MGR Medical University and IIT Madras. The National Institute of Medical Informatics located at the Sanjay Gandhi Institute of Medical sciences Lucknow has commenced formal training in various aspects of telehealth.

There are various legal and ethical issues being faced by telemedicine today? How do you perceive to tackle such issue?

It is unfortunate that this myth ‘there are various legal and ethical issues being faced by telemedicine today’ continues to be propagated. In the last 11 years more than 750,000 teleconsultations in India, we are not aware of cases which have come to court. This is not to undermine the importance of taking appropriate preventive measures. The legal and ethical issues are the same as that faced in a face-to-face encounter during a consultation. It is presumed that all stakeholders (teleconsultants, patients, administrators etc.) are mature enough to recognise the limitations of technology and will refrain from giving an opinion remotely when the information is provided is sub optimal. While disclaimers are important let us not be on the back seat and start applying brakes before the journey has even commenced. Personally I look forward to the day when there is a ‘test’ case before a court. Till such time these issues will be conjectural and a will provide fodder for ‘intellectual’ debates. The Telemedicine Society of India is in the process of preparing a white paper to address some of these issues. Hopefully this will throw some light.

There is no doubt that telehealth can reach the unreached

Please elaborate on the government and ISRO’s initiatives towards telemedicine in India.

ISRO has certainly played a very important role in the growth and development of telemedicine in India. Starting from a pilot project in Aragonda Apollo Hospital (the world’s first VSAT enabled village hospital commissioned by Bill Clinton the then President of the USA) ISRO has set up almost 400 VSAT units about 350 of which are in peripheral suburban and rural areas. There are almost 30 VSAT enabled mobile telemedicine units in different parts of the country. The Ministry of External Affairs initiated the Pan African eNetwork (Apollo Hospitals Chennai has accounted for 52.5 percent of all the teleconsults with the other 11 super speciality hospitals contributing to the rest)   and the SAARC telemedicine network. The Planning Commission has identified telemedicine as a thrust area and a sub committee was formed. Many state governments have their own telemedicine programmes. With the penetration of the mobile phone into suburban and rural India it is hoped that mHealth will be a reality and probably overtake wired telemedicine.

How far has telemedicine been effective in providing good healthcare facilities to the soldiers in defence services posted on borders?

As a civilian I am not privy to detailed information to answer this question. However I was personally responsible for providing assistance to the Southern Command and the Central Command for setting up telehealth units in various military hospitals, and for conducting courses as early as 2003. The fact that information and communication technology (I had been invited to give a guest lecture on eMedicine at the last annual conference of the Armed Forces Medical Services) is being recognised as an important component of providing healthcare is obviously a step in the right direction. There is no doubt that telehealth can reach the unreached.